How may we help you today?

What are coaxial cables? 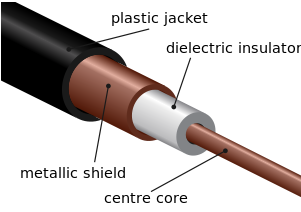 There are many kinds of coaxial cables to suit different applications, among them all, RG6 and RG59 are the most commonly use coaxial cable for video signal transmission. Also, coaxial cables can patch with many different connectors for different purpose as well.

Here's the different type of connectors a coaxial cable can have: 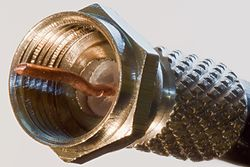 The F connector is a coaxial RF connector (radio frequency connector) commonly used for "over the air" terrestrial television, cable television, universally for satellite television and cable modems, with you can still find it at the back of your television today for Antenna and satellite TV connection. 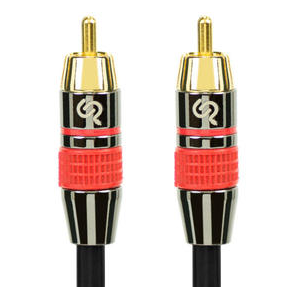 The RCA connector is a type of electrical connector commonly used to carry audio and video signals, you can still find this type of connector on most of the audio/video devices this day.

The BNC (Bayonet Neill–Concelman) connector is a miniature quick connect/disconnect radio frequency connector used for coaxial cable. BNC connectors are mostly use on CCTV (Closed-circuit television) systems such as surveillance cameras this day.

Did you find it helpful? Yes No

Send feedback
Sorry we couldn't be helpful. Help us improve this article with your feedback.